After a round of Scotland's model agencies, we found Margarita Dobroskokina, a Russian student living in Edinburgh.  Margarita was born in Russia, had spent six years in her mother's native Orkney and was now studying International Marketing at Napier University as well as modelling part-time. 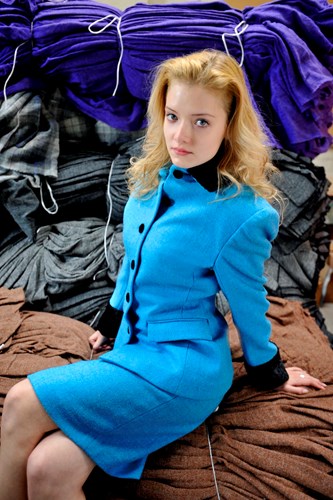 Margarita flew up to Lewis. A Chanel suit was borrowed from the Harris Tweed Authority's vintage collection and we were off and running. The story ran widely and sent out the right signals.  We were expanding into new markets while accessories and womenswear would complement traditional menswear to become a defining factor in the success of Harris Tweed Hebrides. It was a new twist on old yarn.

We said then: "Margarita Dobroskokina sums up the new spirit of Harris Tweed - beautiful, vibrant and utterly international, and we are delighted that she could come to the islands to give our first order a fitting send-off.”

Margarita's Harris Tweed connection did not end there.  She was inspired by her trip to the Hebrides to write her dissertation on “Assessment of The Internationalisation Process of Harris Tweed into the Russian Market".  The paper helped Margarita to a First Class Honours degree in marketing management and after five years of travel she set up a successful cosmetics company in Edinburgh where she now lives with her husband and baby boy.

As for Harris Tweed and the Russian market ... that proved a little more challenging. While there have been orders from a range of clients, problems with customs and currency tend to create complications and there is still a lot of unfulfilled potential at the luxury end of the huge Russian market.

Two years ago, the Russian Consul-General in Edinburgh, Andrey Pritsepov, visited Shawbost Mill  and promised support.  His proposals included a Scottish textiles exhibition - still a work in progress - in Moscow or St Petersburg.

A few years earlier, we took part in a big event at the British Embassy in Moscow to promote luxury goods from the UK.  The connection was maintained and last year Julia Ivanova, who heads the trade team at the Embassy, brought two parties of Russian retailers and media to the island. A follow-up event was scheduled for Moscow but that has been put on hold.

Historically, of course, there is a huge trading link between the Outer Hebrides and Russia. In the late 19th and early 20th century, Stornoway was the leading herring curing port in Europe. The main markets were in the Baltic states and island vessels carried the prized cargo as far as Riga and St Petersburg. It is tempting to believe there would also have been Harris Tweed on board! 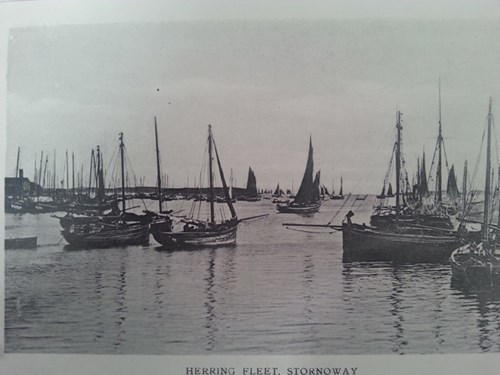 That trade came to a grinding halt after the Russian revolution. According to the industry's historian, Malcolm Gray: "The Scottish export trade in herrings was irretrievably ruined". It was this collapse of the herring industry, which had been the mainstay of the Lewis economy, that made Harris Tweed even more important in the years which followed the First World War. 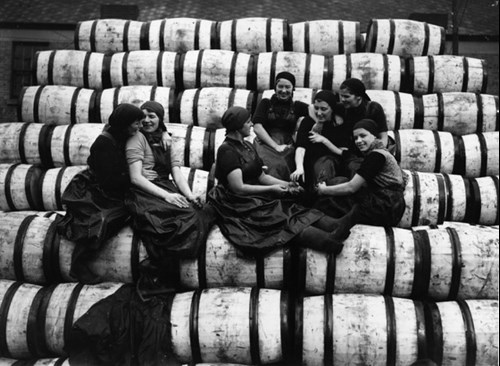 Looking to the future, Russia's more recent revolution has created a substantial clientele for British heritage brands and that can only be good news for Harris Tweed, even if has taken a while!