Who would expect that the fundamental principle of working people having the right to withhold their labour is enshrined in a ruling by the House of Lords, handed down in 1942 with war at its height and Harris Tweed at the centre of the case?

In the celebrated words of Lord Wright, one of five Law Lords to hear the case: “Where the rights of labour are concerned, the rights of the employer are conditioned by the rights of the men to give or withhold their services. The right of workmen to strike is an essential element in the principle of collective bargaining”.

The same ruling effectively licensed secondary action by trade unions, until Mrs Thatcher thought otherwise. The words of Lord Simon, the Lord Chancellor, are still quoted in defence of the principle that action based on a shared interest need not amount to a conspiracy if the motivation was good.

So what case gave Harris Tweed this mighty place in the legal firmament? Its title was Crofter Hand Woven Harris Tweed Co v Veitch and Mackenzie - officials of the Transport and General Workers Union which had membership among Harris Tweed millworkers, weavers and  Stornoway dockers.

Controversy raged in the 1930s over Importation of mainland yarn to produce “unstamped”  Harris Tweed. Believing this to be greatly against the interests of island mills and the union’s members, the TGWU called on dockers to “black” the imported yarn, leading to court action by its aggrieved producers. 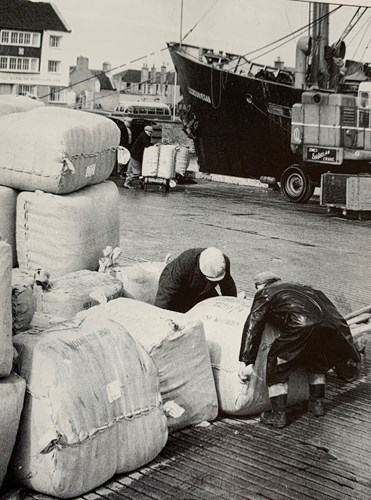 The embargo lasted only weeks but the legal aftermath went on for years, funded by mainland interests which, having lost in the Scottish Courts, appealed all the way to the House of Lords.  It is an indication of their determination to break the Harris Tweed definition which confined production to the Outer Hebrides

The first recorded court case had been in London in 1906 when one, Henry Lyons, was convicted of selling a “Harris Tweed” suit made from fabric produced entirely in Huddersfield. The case was raised by the Scottish Home Industries Association, a charitable body which realised even then that the precious identity of the island industry was threatened.

For decades thereafter, Harris Tweed’s defences rested on shaky legal ground.  This was confirmed during exchanges in the House Commons in 1958 when the MP for the Western Isles, Malcolm MacMillan, called for greater protection on grounds that “there are obvious signs of pirating and competition by imitations everywhere from Galashiels to Japan”.

The President of the Board of Trade, Sir David Eccles, then provoked Hebridean fury by likening Harris Tweed to “Bath buns … not all made in the place to which the name refers”. This renewed uncertainty led to a flurry of legal cases, in which the producers of Orb-stamped Harris Tweed needed to defend the integrity of the name and the trade mark.

All of this led, in 1964, to the most celebrated Court ruling in the industry’s history – celebrated at least in the islands, since it came close to laying the matter to rest.  This was “Lord Hunter’s Judgment” which continues to hold iconic status within the Harris Tweed industry.

After the longest hearing in Scottish legal history, Lord Hunter found comprehensively in favour of the entire Harris Tweed process being carried out in the Outer Hebrides, in order to qualify for the Orb trade mark.

It probably did no harm that Lord Hunter was a keen fisherman, well acquainted with the rivers and lochs of Lewis and Harris – and also, it is reasonable to assume, the crucial importance of Harris Tweed to the islands’ economy.  The following year, Lord Cross delivered a similar and equally important ruling in the English courts so the Orb definition became watertight in both jurisdictions.

Since then, the industry has largely managed to stay out of the courts. There was a close call in the early 1990s when some wanted to challenge Vivienne Westwood’s adoption of her own Orb insignia.  However, there were sufficient “points of difference” to make it unlikely an action would succeed.  Ms Westwood has continued to be a much valued, high profile user of Harris Tweed and the Orbs co-exist! 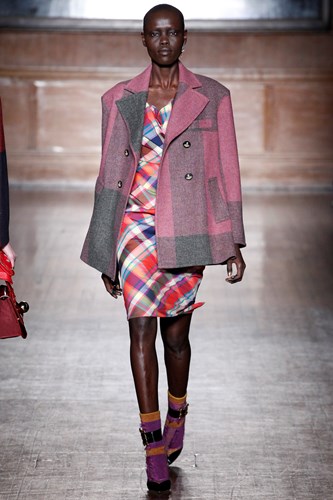 However, the episode led to the industry seeking another layer of protection by successfully promoting legislation at Westminster which further enshrined the definition in law and created a new statutory body, the Harris Tweed Authority, to defend the Orb trade mark where necessary. Thus Harris Tweed became the only fabric in the world protected by its own Act of Parliament.

These days, the biggest problem is not “counterfeit” fabric but attaching the Orb label to products that contain little or no Harris Tweed. Then there’s the internet and the HTA retains a company called Snapdragon to track down offers of fabric and products which contravene the definition and the law.  There are lots of them, particularly on Chinese web-sites.

It’s all a far cry from Henry Lyons and his Huddersfield-made suit  to Snapdragon but the principle is the same. Harris Tweed has a name, a reputation and a trade mark that must always be defended when the need arises.