When Ian Angus Mackenzie turned a key in the rusty lock of Shawbost Mill in November 2007, he was not only ushering in the age of Harris Tweed Hebrides but also connecting with more than 80 years of history. 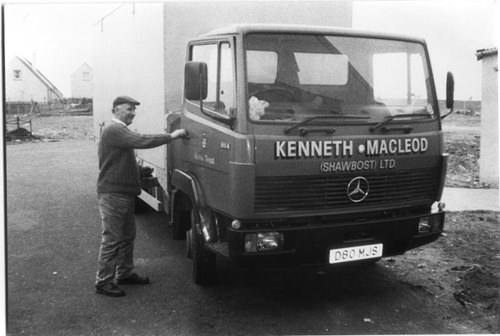 It was in the early 1920s that Harris Tweed was first “produced” on the Shawbost Mill site. The home-woven tweeds were washed in the burn and laid to dry on the stone dyke. From there, they were dispatched to distant Yorkshire.

The provenance of this operation lay in a request for the supply of Harris Tweed  received from the Leeds firm of J.B. Bennett, addressed to Kenneth MacLeod, Shawbost, Isle of Lewis.  This was taken to mean the Kenneth MacLeod who owned a local shop and was only too willing to respond.

By the 1930s, Harris Tweed was big business and producers from the Scottish mainland and beyond were eager to get in on the act. The definition of Harris Tweed – that all stages of the process had to be carried out in the Outer Hebrides of Scotland  – was not secured until 1934 and this led to an explosion in demand for “Orb-stamped” Harris Tweed.

Kenneth MacLeod (Shawbost)  joined one of the Stornoway mills, Samuel Newall, in a company called Lewis and Harris Dyeing and Finishing Co. Ltd which created a vertically-integrated process with most of the work done in Stornoway.  it was not until 1960 that a substantial building – a wash-house – appeared on the Shawbost site.

Then in 1965, a recognisable mill was created with the introduction of carding and spinning frames. That building was officially opened in 1966 by the chairman of the Scottish Land Court, Lord Birsay - recognition of what a significant development this was for the crofter-weaver villages on the west side of Lewis. 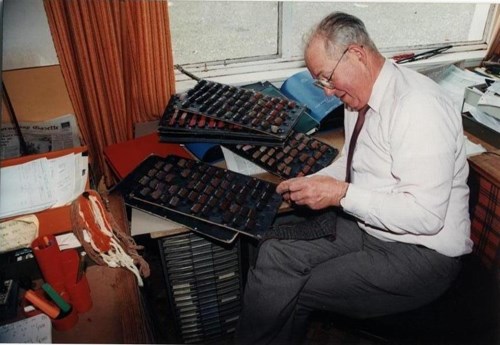 Roddy Morrison was a seaman home on leave when Derick Murray – grandson of Kenneth MacLeod on his mother’s side – asked him to help "for a few weeks" with bringing the new mill into operation. Roddy was there for 31 years, latterly as manager of the Shawbost Mill.

He recalls that the association with J.B. Bennett, who had acquired an interest in Kenneth MacLeod (Shawbost), continued into the 1960s and he would frequently travel down to Leeds. The vast majority of Harris Tweed at that time, and well into the 1980s, went to the American market.

Roddy recalls: “It was the US market that kept that mill going. Derick was selling through a company called St Andrew’s Textiles in New York. We were getting as much work as we could manage from these people for years. There was no marketing”. 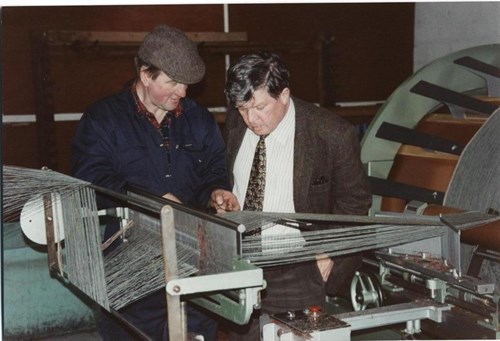 However, the American market slumped in the 1980s as lighter fabrics became fashionable. From the early 1990s, Derick Murray also owned the largest of the Stornoway mills but retained a great loyalty to the family mill in Shawbost. Eventually, however, it closed in 2005 with production concentrated in Stornoway.

The newly-formed Harris Tweed Hebrides acquired the mothballed Shawbost mill in late 2007 and the rest is history. Derick Murray died in 2017 and, uncannily, his funeral took place on the same day that Princess Anne was officially opening a major extension to the Shawbost mill. 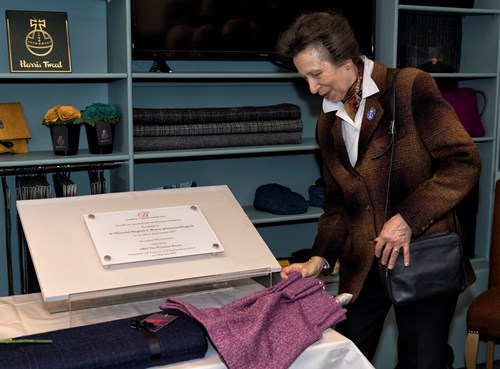 At that time, we recalled that Derick had kept Shawbost mill open long after it might have made purely economic sense to close it.  “The fact that he did so, and then sold it to us relatively intact, made it possible for Harris Tweed Hebrides to come into existence and to restore life to the mill”.

Thirteen years on from opening the key in that rusty lock, Ian Angus Mackenzie, says:  “When we took over the mill,  the buildings and finishing needed modernising.  However, the carding and spinning was in first class condition, having gone in new in the '80s.  Derick Murray built up the business in a careful and shrewd way, surviving when others didn’t. He deserves recognition and praise for that”.

Pictures (start to end of article): Rob Morrison with the Kenneth MacLeod (Shawbost) lorry that was a familiar sight for many years, distributing and collecting tweeds at the homes of weavers around the island / At work in Shawbost, Roddy Morrison, who was 31 years at the Mill, latterly as its manager / Derick Murray (right) and long-serving mill worker Murdo MacLeod / Princess Anne opening the new extension to Shawbost Mill in July 2017