These combined to provide some of the most memorable images in Ian Lawson’s epic book, ‘From the Land Comes the Cloth’, in which landscape and fabric are “matched” to stunning effect. The work was commissioned by the Harris Tweed Authority and Prince Charles provided a foreword. 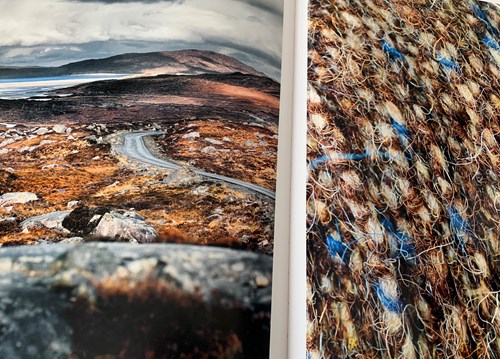 Ian’s first awareness of Luskentyre came through a postage stamp. In 2002, the Royal Mail issued a series called Coastal Britain and one of these, an aerial shot of Luskentyre’s semi-submerged beach, became a philatelic best-seller. 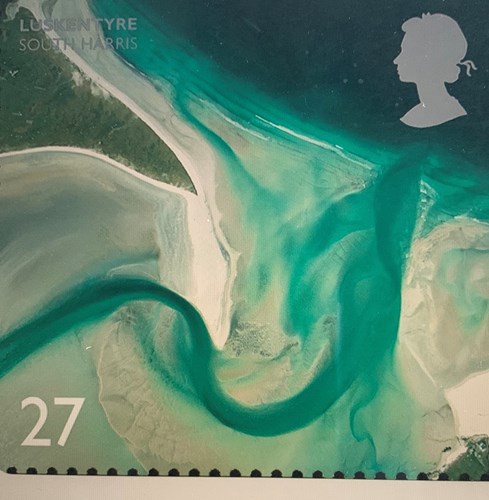 From his first visit to the Hebrides, Ian would take the narrow turning into Luskentyre but a few years passed before he became aware of the township’s most famous resident, Donald John Mackay, also known as Luskentyre Harris Tweed.

As their friendship developed, Luskentyre’s place in ‘From the Land Comes the Cloth’ was assured. While most photographers’ attention focused on the awesome beach and views across to Taransay and the North Harris hills, Ian’s interest was increasingly attracted to the greys and rusts of the surrounding landscape.

Wherever one looked – to land or sea - nature had provided a palette of colours to inspire and “match” the designs which emerged from the weavers’ Harris Tweed looms.

Donald John Mackay grew up in Leverburgh, in south Harris. (Its real name is An t-Ob but in an audacious act of self-aggrandisement, Lord Leverhulme renamed it in his own honour during his brief proprietorship in the early 1920s). Donald John’s father was a weaver and their neighbours still worked the old wooden handlooms, dyeing and spinning wool from their own sheep. 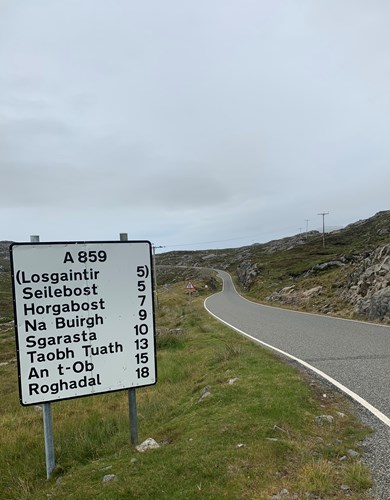 After the family inherited a family croft in Luskentyre, Donald John started weaving for the Stornoway mills in 1970.  There were ups and downs in the industry but by the late 1980s it was at a low ebb with little work for the weavers. Donald John was newly married and looked for a more secure future.

There were council grants for new businesses so he and Maureen formed Luskentyre Harris Tweed to weave and market their own fabric. Rather oddly, the grant was conditional on him having experience in weaving tartans but this soon turned out to be an advantage.

At that time, there was an enterprising Australian lady resident on Skye who  came up with the idea of an Isle of Skye Tartan. It proved a commercial success and she turned to Donald John for a Harris Tweed version. As the orders rolled in, a Loch Ness Tartan Harris Tweed followed. It was boom-time! 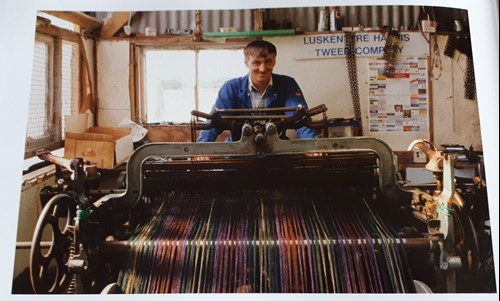 Donald John had become a face of Harris Tweed in various TV programmes and articles but that celebrity status multiplied in the wake of the famous “Nike order” in 2003.  At that time, the mills were on a three-day week and good news was hard to come by.

The first e-mail from Nike asked for two metres of their own fabric design to be sent to Oregon, along with other samples of Donald John’s work. They came back to say they had ditched their own design and wanted to go with one of his. Gradually, the two metre orders increased till, one fine day, an order for 9500 metres arrived in Luskentyre.

Nike had developed a range of retro trainers and Harris Tweed fitted the bill perfectly.  Far too much handle himself, Donald John passed the order on to Shawbost mill to provide a much-needed boost. It also took Harris Tweed into the footwear sector and further orders from Nike, Clark’s and other brands followed. 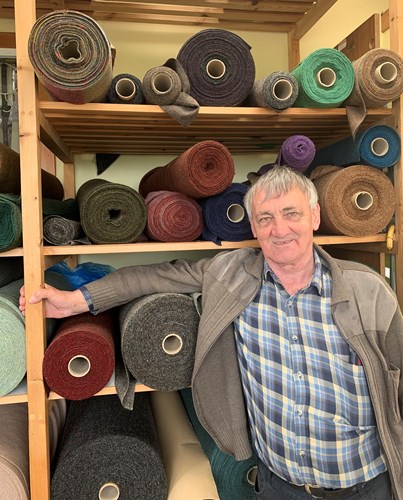 Like other independent weavers producing single-width tweed, Donald John has continued to have a reliance on Shawbost Mill, particularly for yarn supply and finishing. “If it had not been for Harris Tweed Hebrides coming into existence in 2007,” he says firmly, “ I would have been out of business”.

Luskentyre’s beach continues to be named by TripAdvisor, National Geographic and other influencers as one of the world’s finest, attracting the pluses and minuses of such celebrity. The croft houses are now intermingled with architect-designed holiday homes and self-catering businesses – but only one weaving shed! 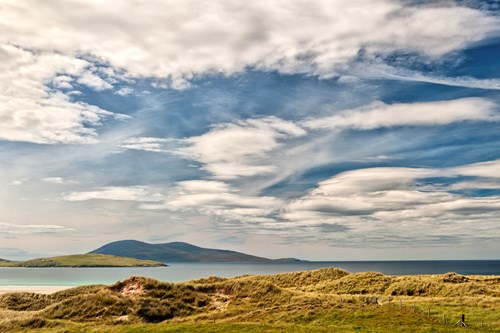 It’s always worth remembering that there would be nobody here at all if it was not for the struggles of past generations. Like much of Harris, Luskentyre was emptied of people in the 19th century to make way for sheep and deer forests. Many ended up in Australia; the others scattered throughout the island.

It was only after the First World War that the land was broken up into crofts, in the face of threats by returning ex-servicemen to raid Luskentyre and neighbouring farms if they were not given access to the empty land.

That is why there is a living community in Luskentyre today. It is not only the land and the cloth which are inseparable - for there are neither without people.