The Royal Edinburgh Military Tattoo now has its own unique design of Harris Tweed – with the inspiration coming from the event’s Producer and Chief Executive, Brigadier David Allfrey.

As a new Tattoo Tweed – named Midnight Blue – was launched today, Brigadier Allfrey recalled that when he took up the post, he anticipated the need for “a proper Producer’s coat” to protect him from the August chill and “be smart enough to wear in the Royal Gallery”.

He commissioned the Edinburgh tailoring firm, Walker Slater, to design and produce the coat which was so much admired that the idea of the Tattoo having its own bespoke Harris Tweed took hold.

Brigadier Allfrey said: “I was entranced by the colours. The tweed seemed to embody the landscape, always in sight of the sea, the weather, the traditions and the dignity of Hebridean communities with their music and their craft.

“After much careful work with Harris Tweed Hebrides in Shawbost and Walker Slater, we have come up with a special blend called Midnight Blue which contains flecks of gold, blue and red.

“These are the fine colours found in an islands’ sunset and also the crests of our Armed Forces and of the Royal Edinburgh Military Tattoo. It is a beautiful tweed, backed up with a great story and perfect practicality” 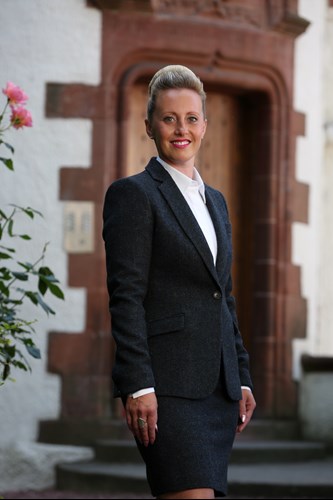 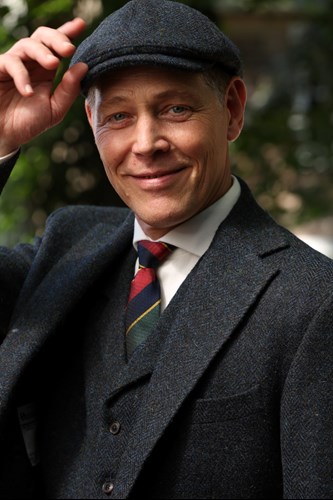 Former UK Trade Minister, Brian Wilson, who chairs Harris Tweed Hebrides, said: “This is an inspired collaboration between iconic Scottish brands. David Allfrey’s respect for the process and traditions behind Harris Tweed have made it a particular pleasure to work with him and his team.

“The Royal Edinburgh Military Tattoo continues to grow as a vast international event and this partnership can only benefit  the profile of Harris Tweed, the weavers, mill-workers and communities which depend upon it”.

Paul Walker, managing director of Walker Slater added: “With our flagship store on Victoria Street in the shadow of Edinburgh Castle - the great stage of the Royal Edinburgh Military Tattoo – this was a natural partnership for us.

“We have truly enjoyed every minute of this project -. from meeting David and designing his bespoke coat to working with Harris Tweed Hebrides on developing the design of the fabric.  We hope our customers enjoy the collection and its subtle beauty.’ 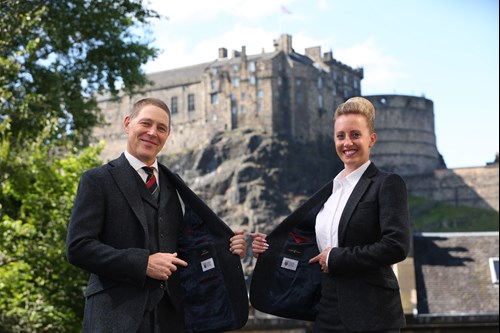