The site, British Fashion, aims to bring new talent into the industry by creating “a single destination to educate and inspire future generations of young fashion creatives, designers and students”.

It has already been viewed by tens of thousands of fashionistas in more than 30 countries and reported on by scores of leading publications including Vogue, Elle and Drapers.

Shawbost-based Harris Tweed Hebrides is one of the select band of leading British fashion and textiles companies which were invited to take part in the project alongside other leading icons and brands, ranging from Burberry and Vivienne Westwood to Alexander McQueen and Victoria Beckham.

Surrounded by such august company, the Harris Tweed Hebrides promotional video – which features many of the workforce at Shawbost mill as well as home weavers – is so far the eighth most-watched on the site, around the world, and has attracted a large number of inquiries for further information.

Amit Sood, Director of Google’s Cultural Institute, said: “British fashion has such a unique and revered place within the international fashion industry, and is hugely rich in context, characters, icons and stories. It’s been a joy to work on this project and bring its distinct textures and tales to life through technology, so that now even more people around the world can enjoy it”.

Harris Tweed Hebrides brand development director, Margaret Ann MacLeod, said: “We welcome every opportunity to educate the next generation of designers and consumers in the unique qualities of Harris Tweed.

“The power of Google will ensure that our video and the story of Harris Tweed are communicated to a new and influential audience, so we were delighted to be invited to take part in this elite project”.

The site can be found at http://g.co/britishfashion 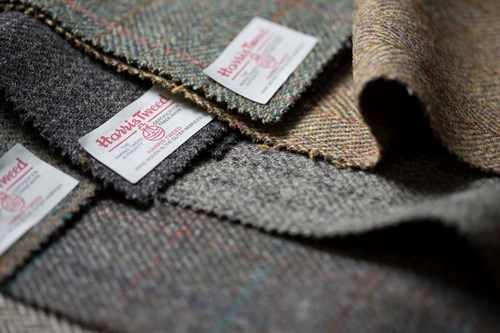