For 46 years, this has been the calendar fixture for Pitti Uomo Imagine  which modestly describes itself as “the world’s most important platform for men’s clothing and accessory collections”. The peacocks are out in force, strutting their stuff.

Pitti Uomo was busier than ever. Isn’t all business supposed to be done on-line these days?  Yet there must be 20,000 people on the site, from around the world, displaying and examining the season’s new ranges, making contacts, socialising and generally doing all the human things that cannot be delivered via computer. 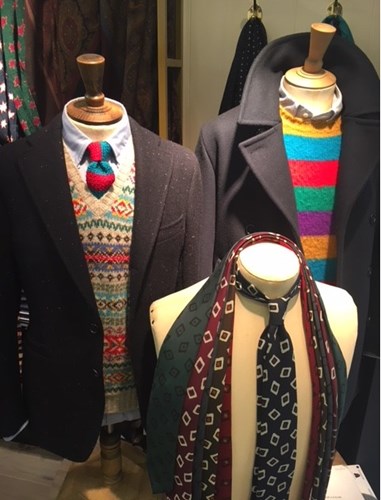 As makers of a fabric, rather than finished products, Harris Tweed Hebrides is dependent on what other people do with it.  Pitti Uomo offers a glimpse of that for the season ahead. There is still something quite uplifting about seeing tweed that started life in a weaver’s shed being transformed into beautiful clothing that will adorn the fashion capitals of the world.

Events like Pitti Uomo are reminders of just how vast and competitive the market is. It owes nobody a living on the basis of reputation alone and it’s necessary to constantly remind the world of your existence. Failure to do so leads in only one direction, as much of the Scottish textiles industry discovered to its cost.  We should cherish what remains.

For Harris Tweed historically, the trend towards synthetic fibres spelt bad news.  But wheels always turn and the movement now is back towards natural fibres, at least at the high end of the market. This is not just about fashion but also well-founded environmental concerns about the unsustainability of harmful synthetics.

Peter Ackroyd who runs the excellent Campaign for Wool said:  “There’s considerable hope that the heavier woollen look is coming back,” he said. “Take a look at the Zegna stand – they’re putting up quite a formidable challenge in proper overcoats to the puffa lot”.

So that’s a challenge for 2018 -  “woollens versus puffa”.  For the uninitiated, puffa means the padded jackets which most young men wear, at least in Italy, to combat the cold.  Ten per cent of that market would keep all the weavers in the Outer Hebrides working for a long time to come.

Then there’s the ‘athleisure’ trend - casual as opposed to formal, a hybrid where sportswear is upscaled to designer styles, with prices to match. That can mean using cashmeres and tweed.  “The stars are aligning in favour of Harris Tweed,” Peter assures us, so that was worth coming to hear.

Meantime, what of Pitti 2018 and Harris Tweed?  We saw lots of great offerings from around the world, boding well for the season ahead.  Step forward MAN1924 of Bilbao who have put Harris Tweed at the heart of a really strong collection of navy and charcoal colours and patterns.

The biker jacket and the suit in ‘superfine’ tweed stood out and we witnessed the collection being bought for a prestigious on-line boutique; from The Hebrides – Paris (PV) – Florence – The World, the Clo Mor starring in the complex journey of the global fashion industry. 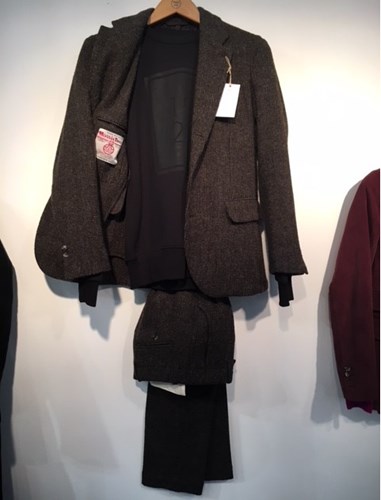 Both MAN1924 and Finamore, an Italian client who have applied classic soft-shouldered Neapollitan tailoring, have created beautiful jackets with no lining – a more malleable alternative to the traditional cut. That in turn was well represented by Drake’s, a growing international brand, which has produced a range of classic blazers with a nice variety of herringbones, tartans and our new Shawbost Nepp style.

Michael Hill, Managing and Creative Director of Drake’s said; “The cloth has character and that’s really what it comes down to; not silky smooth but full of texture and personality. We know where it’s from, we love where it’s from, and we’ve been to the mill and visited weavers in their sheds” Then for something quite different, there were cool kimono-style jackets from Japan Blue of Okayama, Japan. 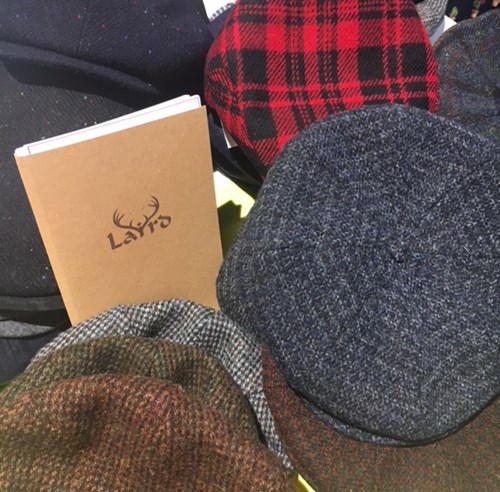 Good to see so much Harris Tweed from Shawbost at the show – and a special mention for the great range of caps from Laird Hatters of London.  They ordered the fabric just before Christmas. The order was turned round quickly and there they were in Florence doing a roaring trade in a fantastic range of Brooklyn Harris Tweed caps – Peaky Blinders-inspired but with a much brighter array of patterns.

Great show, great products and great city.  Now we look forward to the season ahead and all the fine products that will continue to emerge throughout the fashion world - all united with the incomparable core fabric of Harris Tweed from Shawbost mill.