It is no coincidence that both are protected by Acts of Parliament which define both place of origin and the process by which they are made. That legislation underpins ongoing efforts by both industries to counter forgery and imitation.

With such strong synergies, it is hardly surprising that Harris Tweed Hebrides and various branches of the Scotch Whisky industry have collaborated over the years, promoting the shared identities and values.  The classic example was a project brought to us in 2013 by probably the world’s most famous whisky brand, Johnnie Walker. 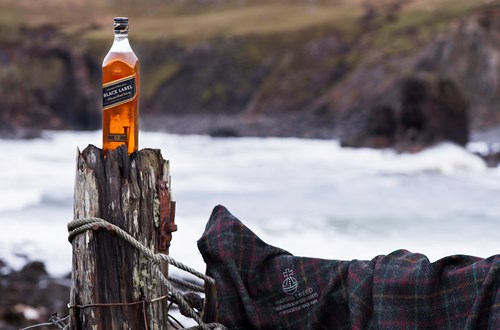 Every stage of the Harris Tweed process is rich in visual images while a walk through Shawbost Mill is accompanied by a symphony of sound generated by the yarn-making processes.  However, it was the third sense that Johnnie Walker wanted to collaborate around – smell!

Harris Tweed Hebrides designed a tweed in shades which reflected the Johnnie Walker ingredients.  Then the respected textiles department at Heriot Watt University added the science which would embed Aqua Alba in the tweed - a process termed micro-encapsulation – binding it permanently to wool fibres.

Heriot Watt’s Jim McVee said: “Smart textiles is a fast-developing sector that offers enormous potential. Our brief was to assist Harris Tweed Hebrides with the development of tweed for Johnnie Walker that incorporated a micro-encapsulated fragrance. After a few trials, the bonding was successful”.

The tweed was turned into a range of quality products aimed at the young urban professional market  by designers  Café Costume in Flanders, Angelos Bratis in Greece and the German duo, Dandy Diary, creating jackets, capes and bags respectively.  There were launch events in Antwerp, Athens and Berlin.

David Roth of Dandy Diary said: "Harris Tweed was associated with a traditional German gentleman but this made it perfect to reinvent in a much cooler product. The patterns and colours make it a truly unique fabric and the whisky scent created the ultimate fashion accessory."

This story of Harris Tweed with scents of whisky led to plenty jokes about it being a familiar combination in many Hebridean households. The New York fashion blog Put This On had its own American variation: “Now you can smell like whisky and wool without also having to fight for tenure at an East Coast liberal arts college”. 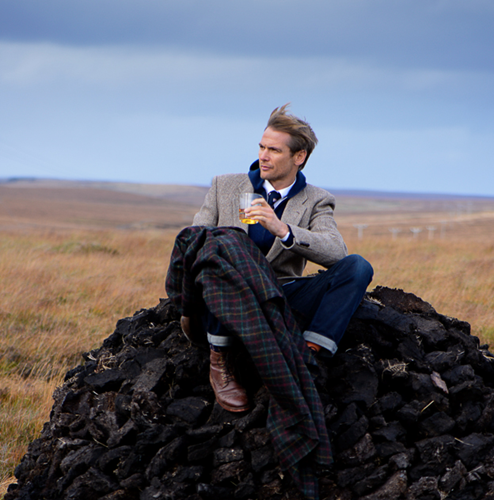 Fabric of Flavour went viral in December 2014. The marriage of the two brands attracted media interest as far flung as Australia, India and the USA, in publications as diverse as High Snobiety, Hindu Times and Daily Mail.  The pioneering spirit of this partnership will become one of the unique stories when the much-anticipated Johnnie Walker Experience opens in Edinburgh later this year.

Much nearer to home, Harris Tweed Hebrides has worked closely with our friends at the Isle of Harris Distillery since its inception. To bridge the gap between first whisky production and maturity, the distillery has created a roaring success with Harris Gin. Such is the distinctiveness of the bottles, as well as the gin, there is now a small cottage industry producing lamps which combine Harris Gin stands and Harris Tweed shades!

Harris Tweed adorns the distillery’s visitor centre while, in 2019, the Harris Distillery Harris Tweed was created at Shawbost following a competition involving local school children. When the first whisky is released to undoubted acclaim, a glass will be raised to another island success story by everyone at Harris Tweed Hebrides. 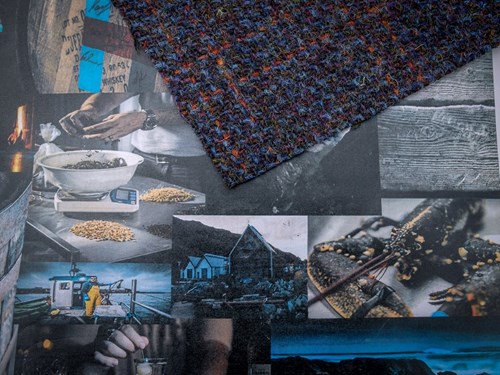