This grave allegation must have caused a stir since the Lord Mayor of Leeds, no less, hit back: “They must not blame Yorkshire people for injuring this trade. The trouble is across the (River) Tweed…The Scottish manufacturer is not  to be beaten and puts his cloth in such a way that peat smoke may permeate every inch and then it is sent to London as genuine Harris Tweed”.

These exchanges hint at a fractious relationship which spanned many decades. Yorkshire and the Scottish Borders were the epicentres of the British textiles industry. Harris Tweed was the prestigious outlier which attracted envy and commercial hostility in equal measure.

Yorkshire repeatedly featured in the interminable legal battles to protect the indigenous industry of the Outer Hebrides. The Lord Mayor was right to some extent since Yorkshire interests were usually allied to those on the Scottish mainland with a shared interest in undermining Harris Tweed’s Hebridean exclusivity.

In 1964, the definition of Harris Tweed was put beyond doubt in Lord Hunter’s celebrated judgement at the Court of Session in Edinburgh which found that all stages of the process must take place in the Outer Hebrides for the end product to be called Harris Tweed.

Thereafter, it was possible to concentrate on more positive aspects of the Yorkshire-Harris Tweed connections which were also long established and, indeed, integral to the fortunes of both communities. They continued to be forged through men and machinery.

The most powerful symbol, down to the present day, is the Hattersley Domestic Loom manufactured by George Hattersley and Sons of Keighley in Yorkshire. The loom had been in production since around 1900 but its adaptation to Harris Tweed  – which became by far its biggest customer – began in 1919. 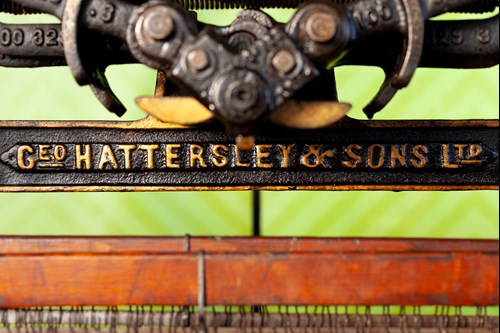 This was driven by Lord Leverhulme, the soap baron, who had acquired ownership of Lewis and Harris the previous year with the intention of developing a massive fishing industry. These plans failed but Leverhulme also bought into Harris Tweed, acquiring the Mackenzie mill in Stornoway and introducing the more efficient Hattersley loom to home weavers.

Each machine, with its intricate mechanisms, was built in Keighley and shipped in parts to the islands. The Hattersley remained the mainstay of the Harris Tweed industry for the next 60 years until demands of the market required a double-width loom. However, there are still a small number of Hattersley looms in use around the islands. 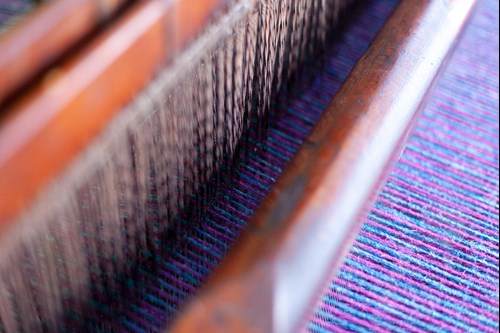 There has also been a regular interchange of people between the Hebrides and the “heavy wool” area of Yorkshire. The esteemed finishing manager at Shawbost mill, Donald Mackay, recalls: “A few of us went each year from Lews Castle College, usually split between Galashiels and Dewsbury. I went down to Dewsbury when I was 18 after doing three years textiles in the Castle. After a couple more years of college, my first job was with L.J. Booths whose yarn production was at Rawdon and finishing in the next village of Horsforth. 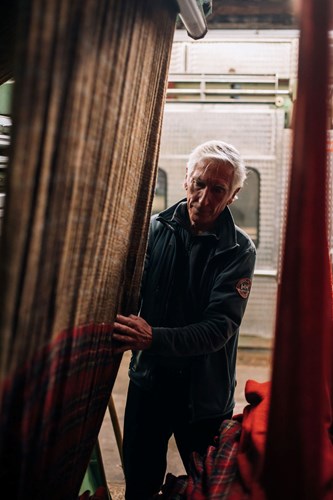 “The next mill I went to was a lot bigger – Joseph Newsome. They did a huge range – from khaki shirts to curtains to overcoats for Russia. I was a section leader when I started there and became a manager in the finishing department”.  Both mills Donald worked at are now distant memories.

He says: “The Yorkshire mills started to go downhill very fast in the late 1970s. They didn’t move with the times and the Italians and everyone else were producing with more modern machinery. It was amazing how quickly the mills disappeared”.

For Donald, it was the start of a lifetime connection with Yorkshire as he met and married his wife Judith in Horsforth.  “I was very happy down there – a good place and I liked the people as well”. When Donald eventually returned to Lewis, initially at Mackenzie’s mill, the man he replaced was from Huddersfield.

DA Murray, who spent ten years in Yorkshire, had followed the same route from Lews Castle to Dewsbury a few years earlier.  He recalls: "The lecturer we had in the Castle, Peter Cardwell, was from Dewsbury and created that link. He was a great guy. Before that, it was all Galashiels and the Borders".  DA looks back on his time there as "great experience" from which Harris Tweed Hebrides later benefited. 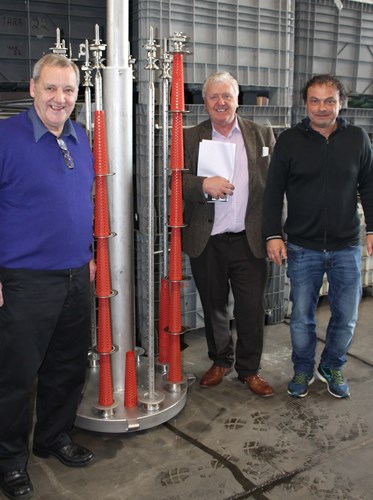 Peter Ackroyd, who now runs the Campaign for Wool, remembers another aspect of the relationship when Yorkshire was a centre of garment-making as well textile manufacture.  “There were 7000 people making menswear around Leeds. It was a huge market for Harris Tweed  and the mills had their own agents here selling to companies like Hepworth, Burton, Dunne’s…  Most of that had gone by the 1980s”.

For 20 years, Peter was director of the National Wool Textile Export Corporation which was established during the Second World War to support British textiles. Remarkably, it survived into the 21st century as a levy-based organisation which helped promote Harris Tweed from its Bradford base. Today, Harris Tweed Hebrides remains closely aligned to the Campaign for Wool.

Personal, technical, promotional…. friendly links between Harris Tweed and Yorkshire remain strong, with much in common but also a competitive edge. As that same US consul in Edinburgh put it in another of his missives back to base: “Tweeds are also produced in Yorkshire and are similar at first impression. However, Harris Tweed is in all respects the superior product”.