Paris in the Autumn

In the world of Harris Tweed, the key casualty is called Premiere Vision.  For the past 40-odd years, the industry has taken its wares to the Pairc des Expositions, one metro stop from Charles de Gaulle airport, to display to the textile world. But not this week.

By mid-September in Shawbost, the finishing touches have been put to the new collection of designs which will take their place alongside old favourites to compete for the attention of discerning buyers from around the world. Premiere Vision is the usual forum for these priceless personal contacts. 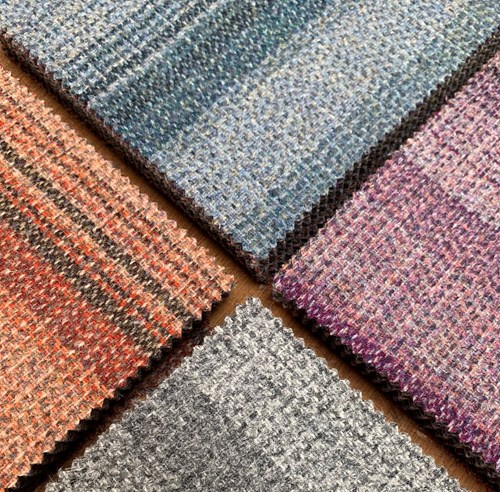 Harris Tweed Hebrides, Ian Angus Mackenzie, recalls: “There used to be a big show in Frankfurt but when PV started, they made a huge effort to get Harris Tweed in. The organisers came to the islands and there was a big dinner at Lews Castle. They waived the usual rule that you had to show in both the spring and autumn fairs.

Harris Tweed Hebrides has taken a stand at PV from our inception. Ian Angus says: “We have found it a very valuable show. The fact we are so far from our markets makes it a great thing to be able to spend time with our agents and meet some of the major customers”

While still a big show, PV had been facing its own cyclical competition from Milan which is usually held at the end of July – though this year is in September. “Buyers are looking to the following winter 15 months ahead,” explains Ian Angus. “It gets earlier and earlier. Mid- September is often too late for some our customers”. 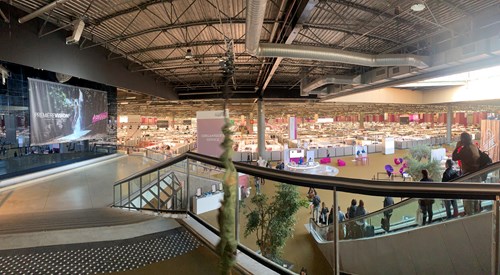 Part of PV’s continuing appeal, however, is that it is in Paris which – despite competition from London and Milan – continues to be the fashion capital of the world, because it is the home of couture.  Ian Angus says:. “About a third of the customers we would see at PV were from small French fashion houses. They would not buy a lot of tweed but it was important to have it in their collections”.

Equally, it is important to Harris Tweed to be seen on the catwalks of Paris as it has been for the past century. Merchants operated between Savile Row and the myriad drapers and tailors of the city but the story goes that it was the chance meeting of a certain Gabrielle ‘Coco’ Chanel and the Duke of Westminster in Monte Carlo 1923 that would act as a catalyst for Harris Tweed’s couture career.

Mlle Chanel was just as adept with a fishing line as she was with a sewing machine and her love of the estate lifestyle extended to the durable and colourful tweeds she had come to adore. Over the ensuing decades Harris Tweed became a perennial favourite of the grands maisons in the city of light.

Designers such as John Galliano, Alexander McQueen and Karl Lagerfield have adopted a variety of patterns to bolster depth and colour in their collections. There is a romantic aura around tartan and tweed that seems to retain excitement in the otherwise transient tastes of designers. 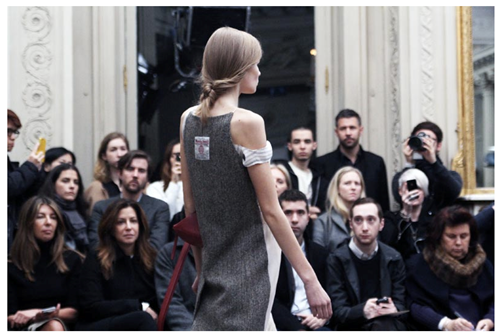 Paris fashion houses remain an important priority for the team in Shawbost. Ian Angus recalls a Wednesday phone call from one of the biggest who absolutely required two rolls of tweed to be with them in Paris by Friday. “The next day a guy appeared in a taxi from Stornoway airport and set off straight back again with two full rolls of Harris Tweed, each of them 30 kilos in weight. I don’t know what the excess baggage charges were!”

Harris Tweed Hebrides has been working hard to fill the void left by the absence of PV 2020. The event itself is happening in virtual form while we have  launched a new web-site where trade customers can browse our fabric collection and submit requests for swatches and samples which will be despatched, promptly as usual, from Shawbost Mill.

Sales director, Margaret Ann MacLeod, says:  “That part of it hasn’t changed and our team in Shawbost are doing zoom meetings with clients around the world - though nothing can replicate being able to see the richness and depth of colour in our fabric or touching our cloth, which is instantly recognisable as Harris Tweed.

“It will be strange not to meet our customers face to face at a trade show but we look forward to the next few weeks and months as we adapt to the ‘new normal’.”

There’s a Gaelic saying to match the occasion: ‘S iomadh rud a chì an duine a bhios fada beò – which roughly translated means that if you’ve been around long enough, you’ve seen it all.  Harris Tweed has certainly been around long enough and has experienced many changes over the decades. A virtual PV is a completely new experience for us all and we look forward to the week ahead.

Meanwhile, we do miss Paris in the autumn!

To set up a zoom call with our sales team, please e-mail hello@harristweedhebrides.com