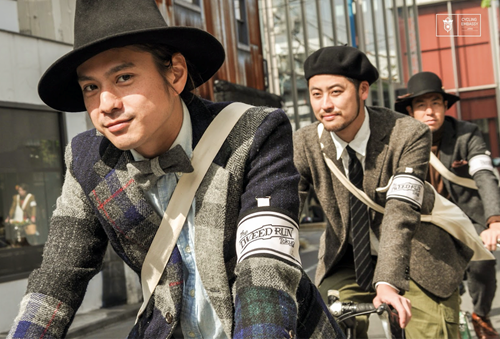 It is because Harris Tweed has been known and revered in Japan for so long that it has adapted time and again to be part of changing fashions. Perhaps more than anywhere outside its homeland, Harris Tweed is known and respected as a brand in its own right.

Soon after the first Japanese Consulate opened in London in the 1870s, cloth merchants were selling flannels, worsteds and Harris Tweeds to Japanese tailors. As the Meiji era drew to a close, the more affluent were rapidly switching from traditional dress to the western suit and jacket.

The Duke of Windsor, later Edward VIII, visited Japan and played golf with Crown Prince Hirohito - both dressed in tweed suits, most likely cut from the Clo Mor. Edward travelled on the battle cruiser HMS Renown and that name was adopted by a Japanese textile firm which would become a buyer of Harris Tweed. 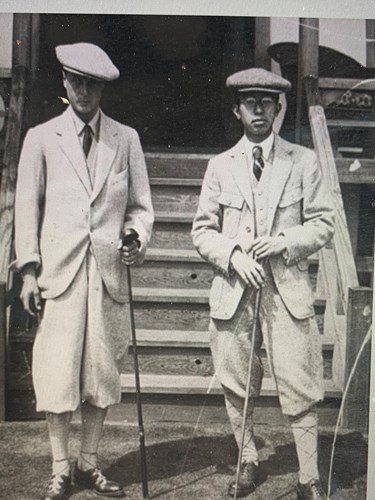 The success of Harris Tweed in Japan has always leaned heavily on diligent, hard-working import companies. Since the re-opening of Shawbost mill, Harris Tweed Hebrides have worked with the Muramatsu Shoji Co where the respected Yasunori Kuroki heads up the Harris Tweed business.

He says: “My father’s and grandfather’s generations wore woolen fabrics from the UK. They had a feeling of quality and luxury while Japanese people like an historic story and background. Both countries had royal families who dressed in these fabrics.”

International trading houses like Marukishi were selling Harris Tweed soon after the end of World War II but – building on its past history -  the fabric’s popular rise in Japan came through the circuitous route of the Ivy League campuses of New England.

In 1959, fashion entrepreneur Kensuke Ishizu returned from visiting Princeton, Yale and Harvard and effectively imported the Ivy League look into Japan, changing the style of his VAN jacket brand to softer, less tailored cuts using rustic cloths like Harris Tweed.   The Harris Tweed sport coat gained further momentum through its appearances in iconic films like The Graduate (Dustin Hoffman) and James Bond which were immensely popular in Japan.

In 1965, photographer Teruyoshi Hayashida was commissioned by Kensuke Ishizu to document the campus styles of the Ivy League. The resultant book, Take Ivy became a style bible that not only guided a generation of fashionable Japanese but reinvigorated the look back in the United States through companies like J Press and Brooks Brothers, who would go on to open stores in Japan. 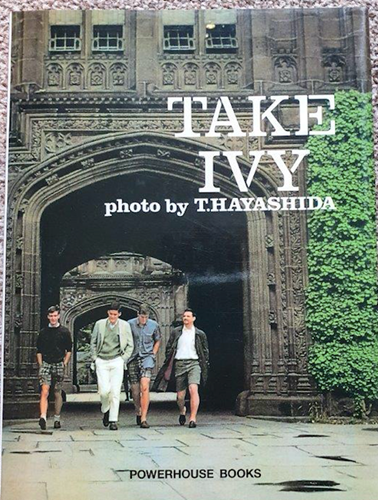 Central to Harris Tweed’s popularity was a cultural respect for real things with tradition – ‘honmono’ in Japanese. This sentiment, which lies deep in the Japanese psyche, meant that regardless of changing fashion trends Harris Tweed remained a revered and desired product.

As the appeal of the pure Ivy Style waned, a move towards a more traditional aesthetic began to emerge. ‘Trad Fashion’ had a smarter, more tailored look and – once again -  the Harris Tweed blazer became one of the central components.

Next up, around the turn of the 21st century, Harris Tweed fitted well into trends like American Casual (Amekaji) and ‘Yamanote’ – a suburban upper-middle-class style of boys in jeans and jackets and girls in tartan skirts and loose-fitting knitwear and blazers.

Yoshimi Hasegawa is a writer who has done much to maintain the profile of Harris Tweed in Japan.  In 2010, she wrote an article for the All Nippon Airways in-flight magazine.  Yoshimi recalls: “I suppose the article had a big impact on the Japanese media. It was 22 pages and there were 800,000 copies on all domestic and international flights. This led to a book in 2012 which helped to trigger a new awareness of the story behind Harris Tweed and its history in Japan”.

The next few years saw Harris Tweed appear in an increasingly diverse range of products – some of which sought to utilise the commercial appeal of the Orb label without necessarily enhancing its reputation, a familiar problem of success for many high-profile brands. 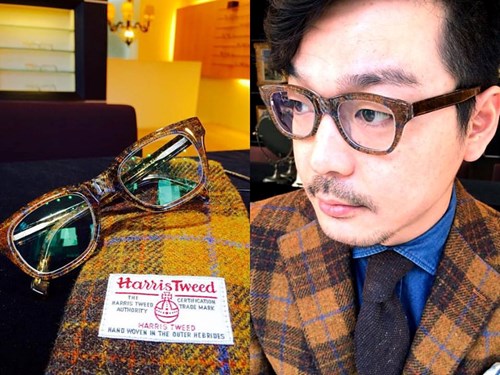 Driven by an intrinsic desire for well-made products with craft and provenance, the popularity of Harris Tweed has been consistent in Japan for more than a century.

The Japanese have the ability to use the fabric’s unique colours and patterns to design special things - whether it is a lady striding down a Shibuya street holding a tote bag or a gentleman wearing a blazer in an Osaka café. Few wear it better or respect it more.