Harris Tweed had become more than just a fabric of fashion. For the well-dressed American male, it was a rite of passage, a class and cultural statement where the key driver was an iconic look known worldwide as Ivy Style.

Ivy League association with Harris Tweed was born out of function as well as fashion. The neo-gothic college campuses of Harvard, Princeton and Yale were all set in woodland meaning they were cold and damp for significant parts of the year. The buildings were centuries old with no central heating, so the trusty Harris Tweed jacket was a wardrobe essential for every freshman.

As with any major fashion movement there was a complex back story to Ivy Style. The formal Oxbridge aesthetic and British tailoring had influenced American colleges for decades but it was the dandy dress sense of Edward VIII that formed a rough template for what became known as the soft look.

This sartorial progression eschewed formality and carried a subtle sense of irreverence. It was the perfect look for the post-war era and the durable, versatile Harris Tweed jacket was one of the core components.

J Press - a seminal Ivy League brand - played a key part in the transition to the soft look. Richard Press, grandson of founder Jacobi Press, recalls an encounter at Dartmouth in 1955 with renowned poet Robert Frost: “Mr Frost, like many of the dons, was dressed in a beautiful earthy green Harris Tweed suit but his look was distinctively different from the preppy style of me and my fellow seniors with our chinos and button-down shirts. In fact, the only consistent element was the tweed jacket.”

Richard was a visionary and during his time at J Press he helped pivot the business from Connecticut to New York where it caught the admiring eye of Japanese company Kashiyama. They, in turn, transmitted the Ivy League story and style to eager Japanese consumers. By 1986, Kashiyama owned J Press. 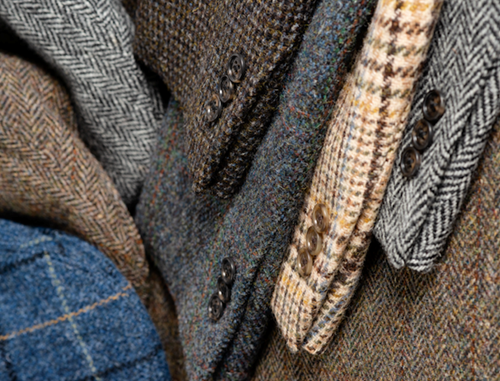 The phenomenon of Ivy Style in Japan was reinforced by the 1965 book ‘Take Ivy’. The candid photos by Teruyoshi Hayashida were the campus precursor to what would become street style photography and carry influence to this day. The classic Harris Tweed jacket is a star player throughout.

Ivy Style back in its home base became more democratic as it spread to most American campuses and outwards through the influential arteries of Madison Avenue and Hollywood. It was so closely associated with a certain class of clean-cut Americana that it even lent itself to parody.

Eric C. Schneider’s excellent book Vampires, Dragons and Egyptian Kings - Youth Gangs in Post War New York, recalls that, for a period in the 1950s, African-American gangs in Central Harlem wore grey flannel suits or took to the streets in the 'Ivy League Look' with “Harris Tweed sports jackets, narrow dress slacks, dress shirts and striped ties....These clothes were subtle in message, serving to confound the expectations of police, parents and other onlookers".

There were other cultural hands at play. Menswear expert Eric Musgrave says:  "The Ivy Look that flourished from the mid-1950s was initially exported around the world by American jazz musicians rather than college students. Well-dressed cats like Miles Davis and John Coltrane adopted the clean style and the easy fits of Ivy.”

If there was a high point in Ivy Style advancing via the movie screen to Main Street, America, then Dustin Hoffman’s character in The Graduate would have to be considered. That was in 1967 and “Benjamin Braddock’s” jacket took its place in the iconography of Harris Tweed as well as Hollywood. 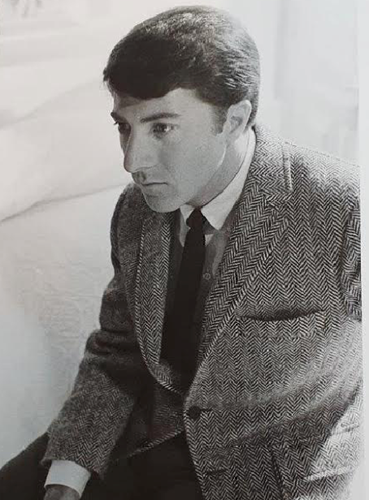 Through the 1970s and ‘80s, the look metamorphosed into other fashion trends but Harris Tweed’s durability helped it stay core to the principles of Ivy Style.  Though the export volumes decreased, the international ‘preppy’ brands stayed loyal to a fabric which helped inject craft and colour into their campaigns – as well as meeting continuing demand from discerning Americans.

The years since the 2008 financial crash have seen revived awareness that well-crafted products with authentic stories carry resonance with consumers. Designer Todd Snyder has galvanised Ivy Style and continues to use Harris Tweed. He reflects: “I look at fashion from all perspectives: military, western, sport, street—they can all happen simultaneously. The trick is how to mix it up so it looks fresh. It’s kind of like being a chef.  You don’t invent new ingredients, you just combine them in new ways.” 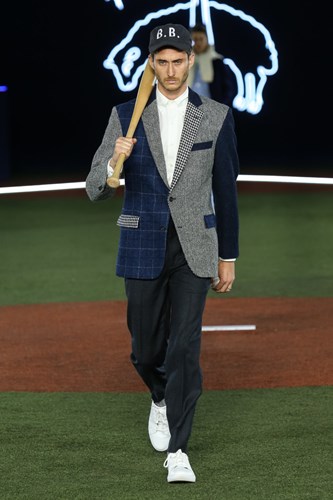 The Harris Tweed jackets featured in hit Hollywood movies like Dirty Harry, James Bond and The Graduate were all products of Ivy Style. They represented a story that began on the crofts of the Outer Hebrides, found a natural home in the forests of New England and was then amplified around the world. In the process, it brought boom times to the island industry.

There is a saying in fashion that every generation thinks it invents tradition. Harris Tweed has been grateful for their continuing efforts - while remaining constant in its own unique identity.