For Scots of a certain age, Blythswood Square in Glasgow had two connotations. One of these we need not dwell upon.  The other was as a starting point for the Monte Carlo Rally.

To the cheers of a thronged square, adventure-seeking motorists were flagged off at the start of a 3000 kilometre trek which propelled them through winding roads and snow-stacked mountain passes to reach their destination. Without doubt, as they set out each frosty January,  many  were wearing Harris Tweed. 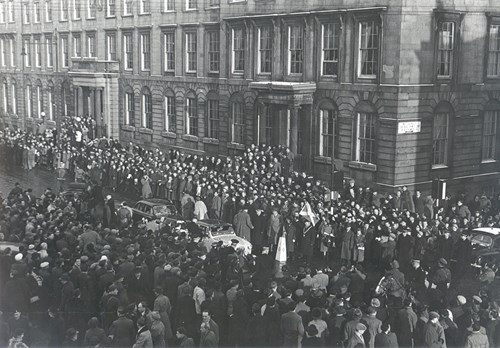 The reason Blythswood Square had this distinction was that its entire north face was home to the Royal Scottish Automobile Club which, from the 1920s onwards, was the favourite watering hole for the west of Scotland business classes and an opulent retreat for motoring types from around the country. But changing times caught up, membership slumped and the RSAC closed its doors in 2002.

It lay empty for four years before being acquired by Peter Taylor.  Thirty years earlier, Peter had managed Glasgow’s go-to hotel of the era, the Albany. Then he developed his own group of Edinburgh hotels before embarking on the Blythswood Square venture as the crowning glory of his career. Peter knew his trade and he knew Glasgow needed its first five star hotel.

At a critical moment in the building’s refurbishment, Peter and Harris Tweed Hebrides discovered that each was an admirer of what the other was doing.  It was the last possible moment for Harris Tweed to be incorporated into plans for the hotel’s interiors  which had been entrusted to a first-rate Glasgow design company, Graven Images, who were also big Harris Tweed fans. 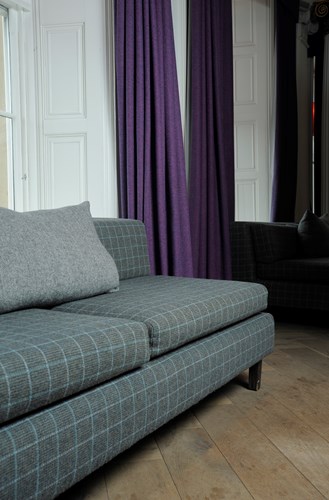 Peter recalls: "It was Jim Hamilton (of Graven Images) who must take most of the credit. He became very enthusiastic about the Harris Tweed idea and we didn't take much persuading. We wanted something that paid homage to the history of the building so that people didn't walk in and say 'This is ok, but it could be anywhere'. Harris Tweed ticked all the boxes".

The result was that by the time the Blythswood Square Hotel opened its doors in 2009, it had become the biggest showcase for the use of Harris Tweed as an interiors fabric since the liner, Queen Elizabeth II, in 1967.  Every possible aspect of the hotel’s interiors made use of Harris Tweed from Shawbost Mill with the 40 seat cinema – each of them in a different  pattern – the piece de resistance. Even Peter Taylor says: "I didn't quite envisage Harris Tweed everywhere"!

The Blythswood became our de facto Glasgow showroom. And when we wanted to make big statements about how Harris Tweed was back as the fabric of fashion, what better venue than the Blythswood Square Hotel?  One memorable event was a catwalk spectacular in 2011 which showcased work from young Scottish designers like Judy Clark, Deryck Walker and Joyce Paton in an evening of fashion, music and good company. 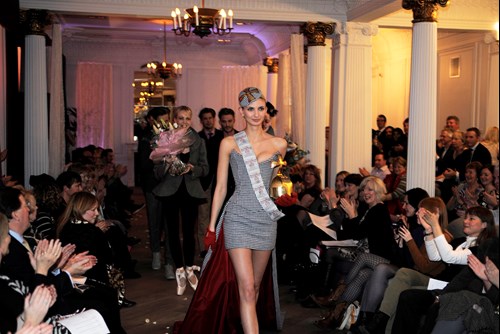 The Blythswood relationship has continued down to the present day. In due course, Peter Taylor sold the hotel and it is now part of IHG’s Kimpton brand which has gradually introduced its own corporate interiors style. There is still a fair bit of Harris Tweed in use and the cinema remains intact as testimony to the marvellous range of colours and designs which Harris Tweed  Hebrides can produce, as an interiors fabric.

It has been a great connection – good for Harris Tweed Hebrides and also, we hope, for the Blythswood Square Hotel. Better still, you don’t have to drive to Monte Carlo to find a five-star place to stay. 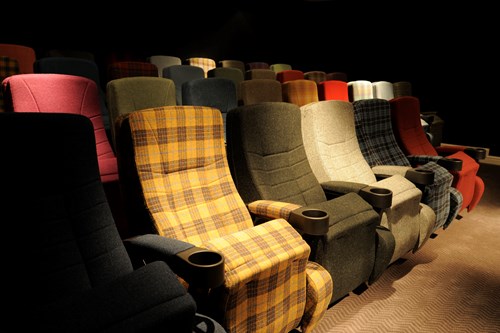